Life Abroad: The Taker in Hungary 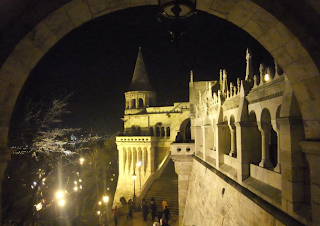 HALHATATLAN (The Taker) published in Hungary yesterday. I was thrilled to make the sale in Hungary but a little nervous, too, as there's a section that's set in medieval Hungary and when you don't speak the language, it's awfully easy to make a mistake with the history. I'm a bit of a fanboy for Hungary, having spent a little time there. I love the people, the culture, the architecture, the art, the music, the melancholy, the black humor, the romanticism. In honor of pub day, here's the English-language version of the interview I did with Hungarian newspaper Metropol:

The Taker is a story about unrequited love written in dark tone with a woeful mood. Why did you find the idea interesting to write it? Nowadays it seems that readers are much more into shiny happy endings.

I can’t say that I consciously avoided a happy ending, which does seem to be expected these days. I wrote the story that came to me: the tale of a woman who lets herself be morally corrupted as she tries to hold on to the man she loves, and is punished for it. Some readers have compared the heroine to Scarlett O’Hara in Gone With The Wind, with Madame Bovary and Anna Karenina, too (not that I’m comparing my book to any of those classics!) Perhaps because I’m older than most debut novelists, I feel comfortable writing a book that’s more in line with those tragic stories. Readers tell me that one of the things they like the most about The Taker is that isn’t not like every other book that’s out there. 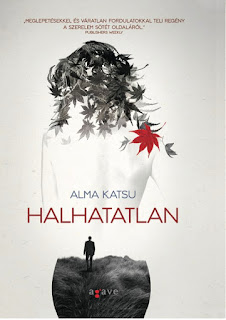 There certainly are a lot of paranormal romances published these days. In the US at least, these books are part of the romance genre and many are geared toward readers who like more explicit content. That’s the interesting thing about book publishing: there are books to serve every taste, if the reader is diligent about tracking them down. It goes back to what we were talking about, above: you find the majority of books being published right now fit into the mold of whatever’s popular—like happy endings no matter how plausible—and these are good for the reader who is looking for a comfortable, familiar read. But this kind of story doesn’t have a profound impact on readers. If you’re looking for something different, that will really sweep you away, you have to dare to go beyond the familiar. Hopefully, readers who are looking for something different will give The Taker a try.

The story takes place in the 19th century Puritan era in the US and today’s world. What do you think it is like to live here and now and to live back then? Did love mean a different thing 200 years ago?

I think that in the past, love didn’t hold the same central place in the scheme of things as it does now, at least in societies with which I’m familiar. Individualism was not as important as finding a place for oneself in society because survival was harder outside of a family. These days, the most important thing for many people seems to be self-fulfillment—personal happiness—and love is a big part of that.

That being said, I think through the ages, people have always wanted to have someone special in their lives: to be in love, and to have the satisfaction of being loved. This need will never go away, but the ways open to us to meet that need have changed through time. In The Taker, Lanore dares to want to marry the man she loves even though society tells her this will never happen. Her love is strong enough to overcome all obstacles—except that in going to this extreme, she defies nature, and you can never win against nature. She is punished for defying nature by losing her love and her humanity. She’s no longer like other men and women, and is left wondering what she has become, if she’s a monster like Adair.

The novel noticeably avoids vampires and any other supernatural creatures (e.g.: werewolves etc.) with the concept of alchemy resulting a more mature atmosphere. Is this on purpose?

Yes! I think readers are so familiar with vampires and werewolves that they don’t pay attention to the story and are distracted as they look for characters to fall into stock roles. Which boy is going to be the vampire? Does he act like a “real” vampire? There’s no room to tell a story that’s different or new. In The Taker, I want readers to be surprised and to lose themselves in the story, which you can’t do if you already know what to expect and how it’s likely to end.

Who were your role models for Adair and where did the concept of immortality come from?

I didn’t have any conscious role models for Adair, but I suppose there’s a little of Heathcliff from Wuthering Heights—and a lot of Mephistopheles—in him. Truly, he is the Alpha male of a thousand stories, the headstrong and domineering man who can only be tamed through love. He is the Beast from Beauty and the Beast.

I felt the characters had to become immortal to heighten the sense of what was at stake. Lanore knows that she’s making a “deal with the devil” to get what she wants, and like most people who make such bargains, she thinks it won’t be so bad or that she’ll be able to get out of it. It’s not until she realizes that her situation is every bit as bad as she feared and that it’s for all of eternity—not even death will free her—that she understands that she is in a terrible mess. The other reason is that immortality is believable to most people because, to us, our lives seem like eternity. We can read about what came before us and we can imagine that it will go on after we’re gone, but while we’re alive it seems like all there is. I imagine that doesn’t change until we’re at the moment of death and we truly realize that life will go on without us.

Into what directions will you take the sequel? We can imagine how the story continues in the second book, and we already know that there is a third book coming next year. What can we expect in that?

In The Taker, we see that Lanore is a woman who sacrifices everything to be wholly and completely loved. Her dilemma is that the man who will give her a love this great and transcendent is not Jonathan, the man she desires, but Adair, a horrible monster. Is it possible to love such a man? What kind of woman falls in love with a monster? Is the power of love strong enough to rehabilitate someone as bad as Adair? The Taker Trilogy is truly an exploration of love, of its glories and depths.

How many books do you plan?

I don’t plan to continue the series past the third book, The Descent, but who knows? I may miss the characters and want to come back to them someday—if readers are still interested. I’m working on a book that’s a spin-off: it has none of the same characters but builds on a little story that comes up in the second book, The Reckoning. It, too, has magic and love, alchemy and immortality, and could become it’s own series.

Do you plan to explore or unfold the in-between years of the main characters? For example the early 20th century or the Victorian era must be interesting.

The Reckoning and The Descent explore some of the other periods in the characters’ lives. We follow Lanore as she runs guns in Afghanistan during The Great Game, and find her and Jonathan being drawn into Lord Byron’s circle in Italy. We get to find out more about Adair’s complex, twisted story, and of his origins. And that’s just in The Reckoning—there are some truly mind-bending things planned for The Descent.

We know from your biography that you worked for the CIA and the NSA before you start writing novels. Do you think these places have had any effect on your work? Like collecting data and researching for the storyline?

I didn’t think that my work in intelligence had any effect on my stories. After all, they’re all about magic and love, and half the time are made purely of imagination. But an editor pointed out that all the characters are manipulative and deceptive, that no one is quite what they seem and she wondered if that had something to do with my former line of work. After thinking about it, I had to say she was right! I’ve spent three decades in a culture of secrecy, with true masters of deception, and I guess it’s seeped into my writing and in my plots.
Posted by Unknown at 6:00 AM

The Taker (US) (paperback)